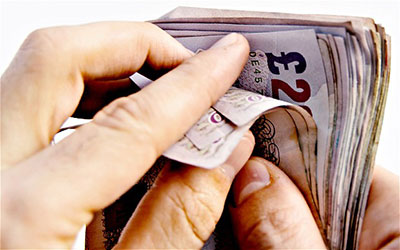 According to research from a UK funeral plan provider, 37 per cent of UK citizens who had to organise a funeral did not provide a wake afterwards, with 43 per cent of people citing budget constrictions as the reason for this.

It is no secret that funeral costs are sharply rising year on year. Largely down to third party price hikes, organising and paying for the send-off of a loved one can be an expensive ordeal. It is perhaps no surprise then that the wake, often considered a key component of a ceremony, is just beyond the financial means of many.

The research, conducted by Ecclesiastical Planning Services, polled 1,578 mixed gender UK residents, all of whom were aged 18 or over. Of those polled, those who had been responsible for organising a funeral in the five years prior to the survey, 63 per cent answered that they had held a wake event after the ceremony. The majority of wakes were held either at the family home or in a local community venue.

When those who did not hold a wake were asked to reveal the most compelling factors, the most common answer was that it was a small funeral with few attendees and therefore did not warrant a wake. But 43 per cent of people responded that a wake simply was not affordable after the outlay of a funeral service.

Steven Barrett from R.W. Barrett & Son, a local independent funeral director based in Newcastle upon Tyne said: “Unfortunately, mourning our friends and family comes with certain costs which is why we encourage people to plan ahead. A wake can provide a less formal outlet to mourn in a reflective, yet positive way, so it is important that, where applicable, this tradition is maintained. It is also good to see that many of those who are unable to provide something pre-arranged are still finding a means of acknowledging their nearest and dearest by raising a glass.”