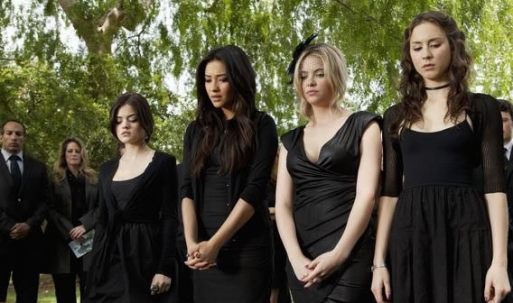 Research from a UK provider of pre-paid funeral plans has revealed that an increasing number of funerals are swapping traditional dark clothing in favour of more colourful attire to celebrate the life of the deceased rather than mourn the loss.

The traditional Victorian funeral service has transcended generations as the norm when it comes to saying farewell to a loved one. But it seems the digital age and an era of enhanced choice is adding a little colour to funeral ceremonies across the country.

Ecclesiastical Planning Services, a UK supplier of pre-paid funeral plans has conducted a survey to find out how many families ask funeral attendees to dress in brightly coloured clothing rather than traditional dark attire, following an increase in the trend of the ‘rainbow funeral’. 2,249 UK citizens took part in the study, all of whom were aged 18 or older and had assisted in arranging a funeral in the 12 months prior to the survey.

The survey initially asked the respondents ‘Did you or other people helping to plan the funeral ask guests to dress in bright clothing?’ Over a third of respondents (36 per cent) indicated that they had arranged a funeral at which attendees were asked to wear bright clothing.

In order to investigate the trend further, respondents who stated that attendees were asked to wear bright clothing to the funeral were then asked to give the main reason behind their decision to forgo the traditional black dress code. Respondents indicated that they wanted the service to be a celebration of life rather than a process for mourning a loss. A further quarter of respondents replied that they chose a bright dress code because they felt it would be a less sombre occasion.

Surprisingly, however, when those who had arranged a ‘rainbow funeral’ were asked whether it had been their own decision or the choice of the deceased, the vast majority stated that it had been at the request of the family. This shows that even in today’s open age of communication, there is still a way to go to ensure that family members are not burdened with often difficult funeral decisions when the time comes.

Steven Barrett from R.W. Barrett & Son, a local funeral director based in Newcastle upon Tyne said: “A funeral is a very personal thing and families are free to remember their loved ones in the way that they want. Implementing a colour theme at a funeral is just one of the ways a family can celebrate a loved one’s life. Whilst not for everyone, it can certainly mark the occasion as a celebration of life and also a portrayal of the loved one’s personality and memory. There’s no right or wrong when it comes to dealing with loss; we pride ourselves on having a wide and flexible range of funeral plans which means that all needs and wishes can be met.”